What Is Omega-3 Fatty Acids – Here Is All You Need to Know! 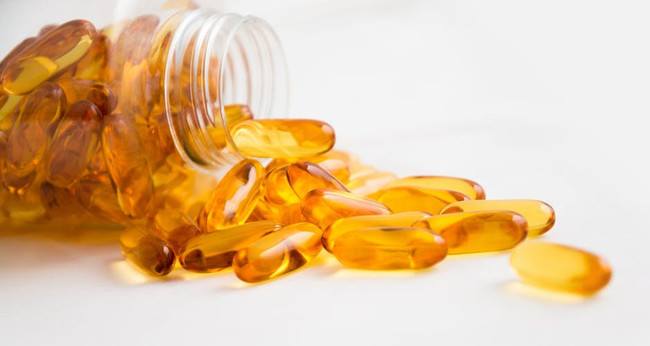 The human body requires many minerals and nutrients, but some stand out more than others, including Omega-3 fatty acids, also commonly known as Omega-3 oils. Although omega-3 fatty acids are widely distributed in nature, humans eat only a few foods that include Omega-3 fatty. Most of them are available in other oils like hemp oil, algal oil clary sage seed oil.

This polyunsaturated fatty acid is an essential part of our diet, and the bad part is that many people don’t know about it. Omega-3 fatty acids belong to the family of fatty acids that are essential for fulfilling different roles in the body. There’s a list of benefits provided by these fatty acids; however, your body can not produce these on its own. So, the best way to get them is through the right diet.

Some of these foods include some fishes, fish oils, chia seeds, flax seeds oil, and walnuts. Since many people don’t eat these foods, a diet of omega-3 supplements is necessary for them, including fish oil or algal oil.

You may not know, but there are three types of omega-3 fatty acids, ALA, EPA, AND DHA. Each of them is found in different places and forms. So, without further ado, let’s discuss all of them.

Alpha-linolenic acid, aka ALA, is also the most common omega-3 fatty acids found in your diet. It is mainly used for energy; however, sometimes it can convert into the biological active omega-3 forms, the EPA and DHA. But it is an inefficient process because only a small amount is converted into these forms.

This form of ALA is found in flax seeds and its oils, canola oil, walnuts, chia seeds, hemp seeds, and soybeans.

EPA, also known as eicosapentaenoic acid, is found mostly in animal products. Some of these include fatty fish and fish oil, but some microalgae also contain EPA.

This form of omega-3 fatty acid is helpful in few functions within your body, and parts of it are convertible to DHA. Some studies have even revealed that the consumption of EPA omega-3 fatty acids can lessen symptoms of stress and help combat inflammation in the body.

Docosahexaenoic acid, or DHA, is perhaps the most important omega-3 fatty acids. But how is it so important? Because it is the key structural component for the retinas, the brain, and some other body parts. It’s different than ALA, which occurs only in plants. Similar to EPA, it’s found in animal products, like fatty fish, fish oil, meat, and eggs.

Many vegetarians neglect this part and don’t realize how much they lack DHA and its importance. It’s advised that they take at least microalgae supplements to make sure they get enough of DHA.

Omega 6 And Its Ratio To Omega-3

Omega 6 fatty acids are another type of fat that is important for your body. Just like omega-3, they provide significant benefits – if taken correctly. They produce eicosanoids in the body, which are molecules used for signaling. These also have effects on inflammation and blood clotting.

Moreover, some scientists have hypothesized since omega-3 are anti-inflammatory, they can counteract each other’s benefits. What’s surprising is that different cuisine contains different intake of this fatty acid, and western dishes contain most of this and little omega-3. As a result, their diet is imbalanced, which is harmful to health.

To get the best optimal health, you need to make sure both these omega fatty acids balance. This balance is also referred to as the “omega 6 to omega-3 ratio.”

What Do Omega-3 Fatty Acids Do?

To understand better “What Is Omega 3 Fatty Acids,” you also need to know what they do. Each type of omega-3 fatty acid provides a different health benefit. The most important of them, namely DHA, is a structural component of the retinas and your brain, which makes it essential for pregnant women to help their child with intelligence and a healthy body.

For adults, the long-chain forms, EPA, and DHA are an essential part of a healthy diet. They are referred long-chain because of their molecular structure, which is similar to that of a chain.

Studies and research are not complete, but scientists believe that a healthy intake of omega-3 fatty acids in balance to Omega 6 can protect against diseases like breast cancer, ADHD, depression, and several inflammatory diseases. Hence, if you do not eat fish or other animal products that provide this fatty acid, consider taking supplements. They are good for your health and can be inexpensive.

These fatty acids have incredible benefits for your body. They are considered one of the essential nutrients for a healthy body, so they are one of the few nutrients that have been studied to this extent.

There has been a comprehensive range of studies, and some of the most prominent benefits that have been revealed are the following.

1. Reduces Symptoms Of Depression And Anxiety

Anxiety and depression are among the most prevalent mental disorders and are bad for a person’s psychological health. The intake of these omega-3 fatty acids reduces the symptoms and can even help fight depression and anxiety.

Many studies reveal people tend to be less depressed if they have a balanced intake of omega-3 fatty acids. Not only that, but they have a decreased chance of developing these disorders.

EPA, a type of omega-3, has the best effects against depression, and some believe that it can also be as efficient as anti-depressants.

People who have a fair amount of omega-3 in their diet are less likely to develop macular degeneration conditions, leading to permanent eye damage and even blindness.

DHA is vital to maintain healthy eyes with good vision. Since omega-3 is a critical component of your eyes’ retinas, it has become an essential part of a diet.

Omega-3 is one of the most vital nutrients for brain growth and its development in infants. DHA constitutes a little less than half of the polyunsaturated fatty acids in the brain and around 62% in your eye’s retina.

Hence, it’s no surprise newborns fed DHA-fortified formula in their diet have better eyesight than those who are not.

Not only that, but there are several benefits for eating omega-3 rich products during pregnancy; some of them are:

One of the world-leading causes of death includes heart attacks and strokes. For decades, scientists have observed that people who have fatty fish in their diet have less risk of developing such diseases.

But for a few decades, the cause of this was unknown; however, we know now this is due to omega-3 consumption. Since fatty fish is rich in EPA and DHA, it improves health and reduces these diseases’ risk.

Moreover, omega-3 fatty acids also prevent the clumping of platelets. This prevents the platelets from developing formations, which result in blood clots, resulting in blockage of blood.

Even though some studies have shown omega-3 does not explicitly prevent heart attacks and strokes, it is believed they might reduce the risk of such things. More studies in the future will uncover further results.

Autoimmune diseases are severe conditions in which your immune system makes healthy cells for foreign cells and then attacks them.

An excellent example of this is type 1 diabetes. In this condition, your immune system attacks the cells producing insulin in your pancreas.

Omega-3 fatty acids fight these diseases and are essential in early life.

There are many benefits of omega-3 acids. Still, one of the most notable is it reduces some severe mental conditions, like schizophrenia and bipolar disorder. It not only reduces and sometimes cures these conditions but rather, it reduces the frequency of relapses and mood swings, which is excellent for patients with these conditions.

People with anger issues are also prescribed omega-3 supplements, as it reduces angry and violent behavior.

1. Improves Bone Strength And Reduces The Risk Of Skeletal Disorders

Osteoporosis and arthritis are the most common skeletal disorders. Some studies show omega-3 can improve bone-strength. The fatty acids boost calcium accumulation in bones, which results in a reduced risk of osteoporosis.

Are You Getting Enough Omega-3?

All those things above are great, and they raise the question, are you getting all those benefits? If not, then what should you do?

The answer is simple: many food products available in the market containing these nutrients have a sufficient amount. There’s an abundance of ALA omega-3 in products, but the most important are EPA and DHA. If you want to make sure you are getting them both, visit a dietician or a nutritionist who can help you calculate the amount you require. They also help you make a diet that contains all the essential nutrients. Doing this is a big step towards a healthy life and can reduce many deadly diseases and mental disorders.

The estimated intake of omega-3 has not yet been calculated, so it depends on your body and diet as well.

What Happens If You Aren’t Getting The Required Omega-3s?

Many people still don’t know what are Omega-3 fatty acids, and sometimes aren’t aware if they lack the nutrients. Deficiency in omega-3 is rare in developed countries because most products contain a fair amount, even if you don’t know. However, omega-3 deficit symptoms can include rough, scaly skin, redness, swollen, and itchy rashes.

If you are experiencing any of these symptoms, it is advised that you visit a doctor and get yourself checked out.

Side Effects Of Different Omega-3 Doses

The recommended dosage of omega-3 fatty acids is not scientifically been determined, but research indicates you should have 2-3g/day. Omega 6 intakes should also be in balance with the amount of omega-3 you are taking.

Patients who want to reduce their triglycerides take more dosage than 2-3g per day. But you need to check with a doctor and have a prescription to get such doses, or else it may cause bleeding and affect your immune system.

How To Choose The Right Supplement?

If you are looking for supplements, it means you either have less omega-3s in your diet or need more for a condition. No matter what the case, it depends on how much omega-3 you need because if you need just 1-2g/day, then there are many supplements available. However, if you are directed to take more than that, it’s better to research more and ask a nutritionist before proceeding. High doses can result in harmful results and can persist for some time.

The best way to choose supplements is to know what you need them for and which type of omega-3 you need. People from countries without coastal areas have less fish in their diets and lack EPA and DHA, the essential forms of omega-3. They are advised to ingest other products that give these nutrients or have supplements to make up for their requirements.

Omega-3 fatty acids are a crucial nutrient for your body, which you need for a healthy life. It can reduce many diseases, such as heart attacks, high blood pressure, depression, schizophrenia, and many more. But the best part of these nutrients is its effect on infants and unborn children during pregnancy. The ingestion of these nutrients can result in higher intelligence in newborns and better brain development. Moreover, omega-3 fatty acids still need to be researched more, which means they may even have more benefits, which we do not yet know about.

In any case, omega-3 is proven to be one of the essential nutrients for the body, and we should all be aware of it. So now you know what are Omega-3 fatty acids.

Hopefully, this article answers all your questions regarding What Is Omega- 3 Fatty Acids: if you have any others, please ask in the comments section below.

2 thoughts on “What Is Omega-3 Fatty Acids – Here Is All You Need to Know!”